What Is Valve Cavitation? How to Eliminate?

The high accuracy Globe Control Valve supplier shares this article with you.

Just as there can be negative effects of sound on the human body, certain frequencies can cause serious damage to industrial equipment. When the control valve is selected appropriately, there is an increased risk of cavitation, which will cause high noise and vibration levels, resulting in very rapid damage to the valve's internal and downstream pipelines. In addition, high noise levels usually cause vibrations, which may damage pipes, instruments, and other equipment.

With the passage of time, the valve components are degraded, and the cavitation produced by the valve causes serious damage to the pipeline system. This damage is mostly caused by vibration and noise energy, which accelerates the corrosion process. The formation and collapse of contraction flow near and downstream of the bubble caused by the high noise level and large amplitude vibration reflected by cavitation. Although this usually occurs in ball valves and rotary valves in the valve body, it can actually occur in a short, high recovery rate similar to the wafer body part of the V-shaped ball valve, especially on the downstream side of the butterfly valve. Of piping. When the valve is forced to one position, cavitation is easy to occur, so it is easy to leak in the valve piping and welding repair, and the valve is not suitable for this section of the pipeline. 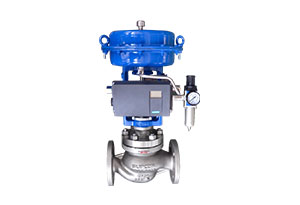 Regardless of whether cavitation occurs inside the valve or downstream of the valve, the equipment in the cavitation zone will be extensively damaged. The ultra-thin film, spring, and small cross-section cantilever structure, large-amplitude vibration can excite oscillation failure. Frequent failure points are found in instruments and meters, such as pressure gauges, transmitters, thermowells, flow meters, and sampling systems. Actuators, positioners, and limit switches containing springs will suffer accelerated wear, and mounting brackets, fasteners and connectors will loosen and fail due to vibration.

Fretting corrosion, which occurs between worn surfaces exposed to vibration, is common near cavitation valves. This produces hard oxides as abrasives to accelerate wear between the worn surfaces. Affected equipment includes isolation and one-way valves, except for the Globe Control Valve, pumps, rotating screens, samplers, and any other rotating or sliding mechanisms.

High-amplitude vibration can also crack and corrode metal valve parts and pipeline walls. Scattered metal particles or corrosive chemical materials may contaminate the medium in the pipeline, which will have a significant impact on sanitary valve pipelines and high-purity pipeline media. This is also not allowed.

The prediction of the cavitation damage of the plug valve is more complicated, and it is not a simply calculated choke pressure drop. Experience has shown that it is possible that the pressure in the main liquid stream drops to the level of the vapor pressure of the liquid before the local vaporization and vapor bubble collapse.

"Valve splitting" is to divide a large flow into several small flows. The flow path of the valve is designed so that the flow passes through several parallel small openings. Because part of the size of the cavitation bubble is calculated by the opening through which it flows. The smaller opening allows for small air bubbles, resulting in less noise and less damage.

"Stage pressure drop" means that the valve is designed to have two or more adjustment points in series, so instead of the entire pressure drop in a single step, it takes several smaller steps. A pressure drop smaller than an individual can prevent the pressure in the contraction flow from the drop in the vapor pressure of the liquid, thereby eliminating valve cavitation.

The combination of flow splitting and staging of pressure drops in the same valve can achieve improved cavitation resistance in the following ways. In the process of valve modification, the pressure at the inlet of the positioned control valve is higher (such as on the far upstream side, or at a lower height), which can sometimes eliminate the cavitation problem.

In addition, the temperature of the liquid at the position of the positioning control valve, and therefore the vapor pressure, is low (such as the low-temperature side heat exchanger) can help eliminate the cavitation problem.

It has been shown that the cavitation of the valve is indeed not only degrading performance and damaging the valve. Downstream pipelines and equipment are also at risk. Predicting cavitation and taking measures to eliminate it is the only way to avoid the problem of expensive valve consumption.

Previous: How to Perform Routine Maintenance on the Valve?

Next: The Difference between Knife Gate Valve and Ordinary Gate Valve