What is the Best Type of Flow Control Valve for Your Application?

What’s the Function of a Flow Control Valve?

Flow control valves can serve a number of different functions within a hydraulic flow system depending on the specific type that is used. One of the most common uses of a flow control valve is to regulate the speed of motors or cylinders within the system. This function is possible due to the capability of a flow control valve to affect the rate of energy transfer at any given point in a system by impacting the flow rate.

The ability to reduce or increase pressure in a system has a number of benefits. System operators can use a flow control valve to rapidly depressurize a serviceable hose and change fittings quickly. They are also used in many consumer applications such as showers, faucets, and lawn watering systems to easily reduce the amount of water consumed without impacting the overall system performance. Flow control valves are also known for their reliability and typically have a long operating lifetime as they are not prone to clogging due to their design.

Due to these flexible performance parameters, flow control valves have found wide use in applications across materials handling, food processing, and automated factory and warehouse equipment.

The most common valve types in flow control industries include:

Continue reading to learn more about each of these types of flow control valves and their functions.

Gate valves are general service valves primarily used for on/off, non-throttling service. Specifically, gate valves are used in applications requiring a straight-line flow of fluid with minimum Gate valves are one type of control valve restriction that is desired. Gate valves operate when the user rotates the stem in a clockwise to close (CTC) motion or a clockwise to open (CTO) motion. The gate moves up or down on the threaded step when an operator moves the stem, which is why it is a multi-turn valve; the valve must turn several times for it to go from open to closed, and it is a slow operation that prevents water hammer effects. Engineers also utilize gate valves when minimum pressure loss and a free bore are required. Typical gate valves have no obstruction in the flow path, which results in a minimal loss of pressure.

There are two types of gate valves: parallel and wedge-shaped. Parallel gate valves feature a flat gate between two parallel seats. Wedge-shaped gate valves are comprised of two inclined seats and an inclined gate that is just a bit mismatched.

A linear motion valve, globe valves stop, start and regulate flow. Globe valves initiate closure via a plug featuring a flat or convex bottom that is lowered onto a horizontal seat situated in the center of the valve. When a user opens the valve, the plug raises to allow fluid to flow. Globe valves are used for on/off and throttling applications because the disk of the valve can be removed from the flow path completely or it can completely close the flow path. While this type of flow control valve does produce slightly higher pressure drops than straight-through valves like a gate, plug, and ball valves, they are applicable in situations where the pressure drop through the valve is not a controlling factor.

The practical size limit for globe valves is NPS 12 (DN 300) because the entire system pressure exerted on the disc transfers to the valve stem. It is possible, however, to have globe valves larger than NPS 12 (DN 300), and manufacturers and engineers have created and used globe valves up to NPS 48 (DN 1200). 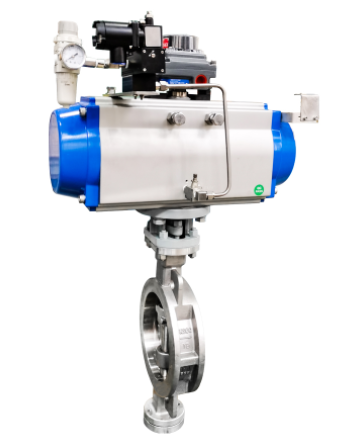 A butterfly valve is operated by rotating a disk within the flow area and, due to this design, it does not have linear flow characteristics.  This makes these valves less precise than the more common flow control valve types above. For this reason, it can often be dismissed as a flow control valve choice even though it is useful in some applications that do not require a very high degree of accuracy. They are also a very affordable valve option, which makes it worthwhile to consider them in the right applications.

Plug valves come in a variety of configurations and are operated by rotating a cylindrical or cone-shaped plug within the valve body to regulate the flow through a hollow area of the plug. For flow control applications the most common design is an eccentric plug valve, which uses a half plug to create a higher seating force with minimal friction as it is opened and closed. This has the advantage of greater shut-off capability which is ideal for flow control situations. 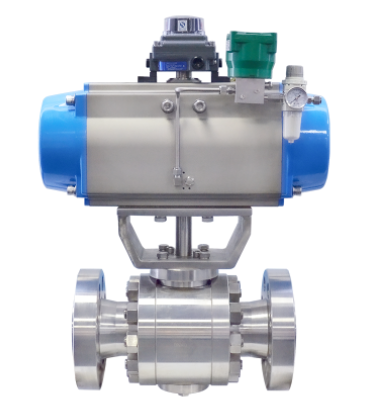 Ball valves are commonly used in flow systems across numerous industries due to their low cost, durability, and excellent shutoff capability. Similar to butterfly valves, they are not as effective for flow control applications that require a high degree of accuracy and control. One of the reasons for this is that a ball valve requires a high degree of torque to open and close that preventing an operator from making fine adjustments. There is also a certain amount of “play” between the stem and the ball which can make finding specific flow rates difficult. For flow control applications where a ball valve is possible, such as filling a tank to a reasonable degree of accuracy, a trunnion or v-port ball valve design is usually the best choice.

Founded in March 1993, SUPCON is one of China's leading manufacturers and suppliers of automation and information technology, products, and solutions. Its automation products and solutions are applied in over 35 countries and regions worldwide. Zhejiang SUPCON Fluid Technology Co., Ltd. is an important member of SUPCON. Our core products, industrial process control valves (Globe Valve, Ball Valve, Eccentric Rotary Valve, and Butterfly Valve). If you are interested in our products, please feel free to contact us!

Next: How do Self Operated Valves Work?