The state of the art of valves

In the era of financial crisis, the world economy is gradually recovering. Similarly, the import and export market of Chinese valve mechanical and electrical products is gradually growing steadily, and the international competition of the valve industry will become more intense. Compared with foreign large valve manufacturers, China's valve manufacturers have a large gap mainly in high-end technology. Product technology innovation and upgrading has become a major stumbling block to the rapid development of Chinese valve products.

Valves are an important fluid control device in the industry, involving many sectors of the national economy and an important infrastructure for the development of the national economy. After decades of development, China's valve products have formed more than a dozen categories, especially in the world in terms of the number of enterprises and production and sales, but most of them are small-scale, low-level valves, and the products are also low-end the Lord.

Since the reform and opening up, the valve market has expanded rapidly, and the impact of the state-owned enterprise's receptor system has been shut down and turned. The township and private enterprises have only been able to imitate production because of limited technical strength. This is the main reason for the low quality of domestically produced valves. The state has introduced policies to revitalize the equipment manufacturing industry, with particular emphasis on supporting the development of general-purpose manufacturing. China is facing a transition from the agricultural era to the industrialization era, which will greatly increase the demand for industrial process control valves. The support of national policies and the huge demand for product markets will be a powerful driving force for the rapid development of the valve industry.

Market analysts believe that the development trend of valves will be the main topic of the market for quite some time. Future models will tend to develop in the following areas.

In addition, we will develop high-level products with high safety, high feasibility and good performance, and develop large-scale valves integrated with advanced electronic technology, and develop deformation products to generalization, standardization and serialization. 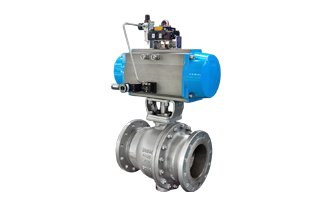 Experts pointed out that the application of various agricultural shed film, plastic film, agricultural water-saving valve equipment and other valve pipelines in agricultural production is widely used in modern agriculture, and the application of rural valve pipelines is increasing. It is only to solve the valve pipe for human and animal water engineering. The demand is considerable. The demand for various valve pipes in urban buildings has also increased significantly. In the automobile manufacturing industry, the number of auto parts manufactured by valves is increasing. The average number of valves used in power stations in developed countries has exceeded 10 billion, and the average usage of power station valves in China is 7 billion. These have stimulated the market demand of the valve industry.

Next: What is a valve?