Classification by role and use

(1) Cut-off category: such as gate valve, globe valve, plug valve, ball valve, butterfly valve, needle valve, diaphragm valve, etc. Shut-off valves are also known as closed-circuit valves and shut-off valves, which are used to connect or cut off the medium in the pipeline.

(3) Safety category: such as safety valve, explosion-proof valve, accident valve, etc. The function of the safety valve is to prevent the medium pressure in the pipeline or device from exceeding the specified value, so as to achieve the purpose of safety protection.

(4) Regulation: such as regulating valve, throttle valve and pressure reducing valve, whose function is to adjust the pressure, flow and other parameters of the medium.

(5) Diversion: such as distribution valve, three-way valve, trap. Its role is to distribute, separate or mix the media in the pipeline.

(6) Special applications: such as pigging valve, vent valve, blowdown valve, exhaust valve, filter, etc. The exhaust valve is an indispensable auxiliary component in the pipeline system and is widely used in boilers, air conditioners, oil and gas, and water supply and drainage pipes. They are often installed at command points or elbows to eliminate excess gas in the pipeline, improve the efficiency of pipeline use and reduce energy consumption. 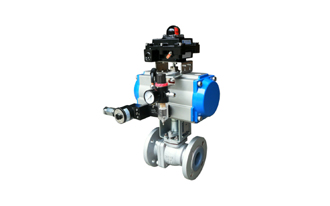 (1) Vacuum valve: refers to a valve whose working pressure is lower than the standard atmospheric pressure.

(2) Low pressure valve: refers to a valve with a nominal pressure PN ≤ 1.6Mpa.

(5) Ultra-high pressure valve: refers to a valve with a nominal pressure of PN≥100.0Mpa.

(6) Filter: refers to the valve with nominal pressure PN of 1.0Mpa and 1.6Mpa

According to the driving mode, it is divided into automatic valves, power-driven valves and manual valves:

(1) Automatic valves are valves that do not require external force to drive, but rely on the energy of the medium to make the valve act. Such as safety valves, pressure reducing valves, traps, check valves, automatic regulating valves and so on.

(3) Manual valve: Manual valve uses manual wheel, handle, lever, sprocket to manually operate the valve. When the valve opening and closing torque is large, a gear or worm reducer can be set between the handwheel and the valve stem. When necessary, you can also use the universal joint and drive shaft for long-distance operation.

Next: The state of the art of valves