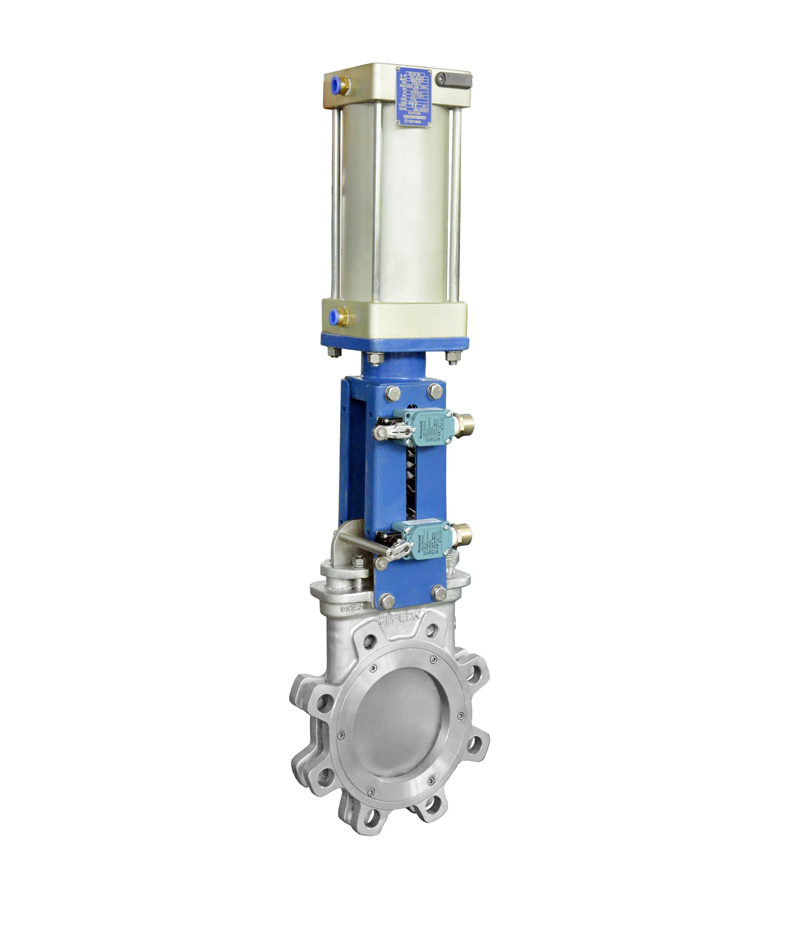 What is a knife gate valve?

What makes them similar?

These valves are also designed to open and close slowly to protect from the effects of water hammer.

Both types of valves can be found in applications that involve:

What makes them different?

The differences between them are vast. First off, yes, the knife gate valve DOES have a sharpened disk (thank you very much). This is meant to sever any stringent solids that may keep the valve from closing and causing it to leak. But there’s more that makes their designs quite different.

The biggest difference between these two types of valves is that gate valves are built to ANSI standards while knife gate valves adhere to TAPPI standards. Therefore, dimensionally the gate valve is wider, flanged, and ANSI pressure rated. It also has API leak tightness standards must be met. They're bi-directional, and commonly used in steam applications as well as fluid applications. The gate valve is only available with metal seats.

A knife gate has a very thin profile compared to its bulkier counterpart. It's also uni-directional (though bi-directional is an option on some), and comes in either wafer or lugged body, no flanges. The seats on the knife gate valve come in everything from metal to resilient types.

Two of the knife gate's biggest advantages knife are weight and expense. A 16” knife gate valve will typically weigh less than 300# while an ANSI gate valve will be in excess of 1200#. The cost of the valve is similar to the weight difference as well.

The difference between knife gate valve and gate valve

Gate valves are generally used in industries such as the chemical industry, metallurgy, power stations, mining, pharmaceuticals, boilers, tobacco, hotels, construction, and textiles, with a wider range of applications.

>>Shop for all kinds of valves here

1. The opening and closing of the knife gate valve are labor-saving.

2. The fluid resistance is small, and the sealing surface is less brushed and corroded by the medium.

3. The gate valve has a simple shape, short structure length, good manufacturing skills, and a wide range of applications.

4. The flow direction of the medium is not restricted, does not disturb the flow, and does not reduce the pressure.

We are a Knife Gate Valve supplier, please feel free to contact us if you need them.

Next: Are The Valves Closed Clockwise And Opened Counterclockwise?