The shut-off valve refers to a valve with a leakage rate of less than 1/100,000, which is fast. It is a special regulating valve that only has a shut-off capability and no regulating effect. 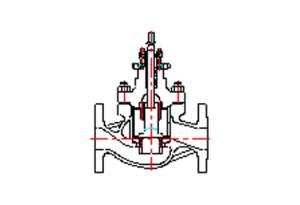 The design and selection of the control valve used in the environment above 450 ℃ must consider the influence of temperature and pressure conditions on the mechanical strength of the material.

For applications above 538°C, the valve body usually uses chromium-molybdenum steel. For the highest temperature of about 1035℃, SUS310S stainless steel is usually selected, and the carbon content of the material must be controlled between 0.04 and 0.08%.

Next: Detailed Classification and Introduction of Regulating Valves (Part 1)