What is the structure of the control valve?

The regulating valve is generally composed of two parts: the actuator and the valve assembly. In some occasions, accessories such as valve positioners and handwheel mechanisms may be provided. 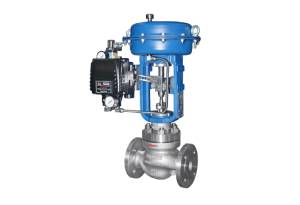 There are two types of straight travel: straight-through single-seat type and straight-through double-seat type. The latter has the characteristics of large circulation capacity, small unbalanced operation, and stable operation, so it is usually particularly suitable for occasions with large flow, high-pressure drop, and low leakage.

The differences between the three are as follows:

Next: Common Faults And Elimination Methods of Butterfly Valves