Third, pay attention to the problem of the valve in the switch position when filling the valve with grease. The O type ball valve is generally in the open position during maintenance. In special cases, the valve is closed for maintenance. Other valves cannot be treated in the same way. The gate valve must be closed during maintenance to ensure that the grease fills the sealing groove along the seal ring. If it is open, the seal grease will fall directly into the flow channel or valve cavity, causing waste.

Fourth, when the valve is filled with grease, the problem of the effect of fat filling is often ignored. During the fat injection operation, the pressure, the amount of fat injection, and the switch position are normal. However, in order to ensure the grease injection effect of the valve, it is sometimes necessary to open or close the valve, check the lubrication effect, and confirm that the valve ball or the gate surface is evenly lubricated. 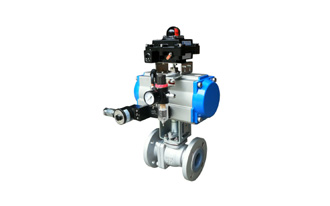 Fifth, pay attention to the problems of valve body drainage and wire plug pressure relief when injecting grease. After the valve compression test, the gas and moisture in the sealed chamber valve cavity are increased due to the increase in ambient temperature. When the grease is injected, the pressure must be discharged to relieve the grease injection. The air and moisture in the sealed cavity are fully replaced after the grease injection. Releasing the valve cavity pressure in time also ensures the safety of the valve. After the end of the greasing, be sure to tighten the drain and pressure relief plugs to prevent accidents.