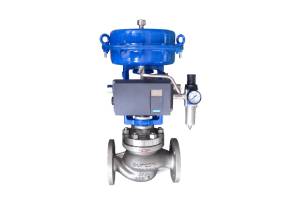 Manufacturers of industrial process control valve think: because of the overflow valve, relief valve, sequence valve of the three internal structure, working principle, the function of valve symbol there are a lot of similarities, correct understanding of three kinds of valve working principle and functions of symbols, master effective failure analysis method, the hydraulic system of the whole research has very important significance.

The function of a valve:

The main function of the overflow valve has two aspects: one is the overflow and maintains the pressure stability of the system (or circuit); The second is to prevent system overload, plays the role of voltage limiting protection. It is used in almost all hydraulic systems, and its performance has a great influence on the normal operation of the whole hydraulic system.

Reducing the valve is a pressure control valve that makes the outlet pressure lower than the inlet pressure. Its function is to reduce the hydraulic pressure of a circuit in the hydraulic system, the use of an oil source can provide two or more different pressure output.In addition, when the oil pressure is unstable, a series of reducing valves in the loop can obtain a stable lower pressure. Commonly used is a constant value output pressure reducing valve.

Working principle of a valve:

The pilot sequence valve is also composed of a pilot valve and main valve. There is also a damping hole at the bottom of the main spool. The hydraulic oil entering the system first reaches the middle part of the spool and passes through the damping hole through the oil hole inside the valve to reach the right end of the guide valve.

(1) the valve port is closed all the time before the pressure reaches the setting pressure of the valve;

Conclusion: the similarities of three kinds of valves can be obtained from the above description

1) three kinds of valves are composed of the main valve and guide valve.

4) when the pressure condition changes, the displacement of the three kinds of valve cores is the same, but the valve opening degree changes differently.

Next: A Brief Introduction to the Control Valve (Part 2)