The functions symbols of pressure balance control valve, and in fact is a function of valve and comprehensive reflection of the structure. It is mainly compared to four aspects:

3.1 initial position of the main spool

3.2 signal source of the liquid pressure controlling the action of the main spool

3.3 connection structure behind the valve

Overflow valve in order to achieve a smooth overflow relief pressure is the excess oil into the tank, so its outlet should be directly connected to the tank, in order to reduce the backpressure (backpressure can be seen as zero). The pressure-reducing valve is to obtain a stable low-pressure oil, the valve for the low-pressure pipeline will reduce the pressure of the oil provided to the implementation of components. The sequence valve is to realize the sequence action of the executive elements on different branches, so its valve should be a hydraulic branch.

Overflow valve oil outlet is through the oil tank, so its guide valve spring cavity and oil leakage can be through the valve body on the channel and oil outlet, do not need to separate the external oil tank, that is, the way of internal oil leakage. And reducing valve and sequence valve after the valve is the branch of oil supply, guide valve drainage must be set up another branch, that is, leakage.

Conclusion: from the above description, it can be concluded that the following methods of identifying three kinds of valves are based on functional symbols:

(3) first, identify which valve is the pressure reducing valve (normally open) from the initial position of the main spool; Then from the valve drain way comparison, the oil outlet directly connected to the oil tank is the overflow valve, after the oil outlet is the oil supply branch is the sequence valve.

Pilot operated relief valve, pilot operated pressure reducing valve, pilot operated sequence valve fault finally show the three pressure control valve core movement is not accurate, so on the analysis of the failure process, the first thing to determine what kind of pressure balance for control valves, considering the function, working principle, and structure of the valve, then according to the fault characteristics of the analysis of the valve core is the change of the location in the valve body, valve mouth opening becomes large or small), in the final analysis, the cause of valve core is in the position, can infer the possibility of resulting in failure of the valve, In order to carry out the detection and implementation of the corresponding troubleshooting for each possible situation. 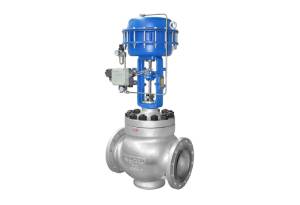 Previous: What Should We Do If the Control Valve Has Flash and Gas Corrosion?( Part 1)

Next: Similarities and Differences of Three Pressure Control Valves (Part 1)