What is The Difference Between a Globe Valve and a Gate Valve?

Shut-off valves, gate valves, butterfly valves, check valves, ball valves, etc. are all indispensable control components in various piping systems. Each valve is different in appearance, structure, and even functional use. However, the cut-off valve and the gate valve have some similarities in appearance, and both have the function of cutting off in the pipeline, so there will be many friends who do not have much contact with the valve to confuse the two. In fact, if you look closely, the difference between a globe valve and a gate valve is quite large.

Globe valve supplier will tell you what is the difference between a globe valve and a gate valve.

The globe valve is a raised valve stem when it is opened and closed, that is, when the handwheel is turned, the handwheel will rotate and lift along with the valve stem. The gate valve rotates the hand wheel to make the valve rod move up and down, and the position of the hand wheel does not change. The flow varies, and gate valves require full opening or full closing, while stop valves do not. Shut-off valves have prescribed inlet and outlet directions; gate valves do not have inlet and outlet direction requirements. 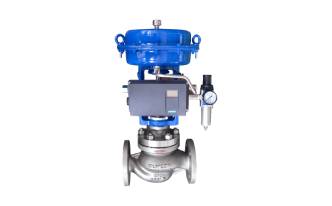 In addition, the gate valve has only two states of fully open or fully closed, and the stroke of the gate opening and closing is large, and the opening and closing time is long. The travel of the valve plate of the shut-off valve is much smaller, and the valve plate of the shut-off valve can be stopped somewhere during the movement for flow adjustment. The gate valve can only be used for cut-off use and has no other functions.

The shut-off valve can be used for both shut-off and flow adjustment. The fluid resistance of the globe valve is relatively large, and it is more laborious to open and close, but because the distance between the valve plate and the sealing surface is short, the opening and closing stroke is short.

There are two ways for the shut-off valve during installation. One is that the medium can enter from under the valve core. The advantage is that when the valve is closed, the packing is not under pressure, which can extend the service life of the packing, and can bear pressure in the pipeline in front of the valve. Under the circumstances, the replacement of packing is performed; the disadvantage is that the driving torque of the valve is large, which is about 1 times of the upper flow, the axial force on the valve stem is large, and the valve stem is easy to bend. Therefore, this method is generally only applicable to small-diameter globe valves (below DN50), and globe valves above DN200 use the method of medium flowing from above. (The electric shut-off valve generally uses the medium to enter from above.) The disadvantage of the medium to enter from above is exactly the opposite of the way to enter below.

Previous: Teach You How To Select a Valve

Next: Analysis Of The Advantages And Disadvantages Of The Five Major Valves (Down)